What is craft beer?

In America, Beer brewer association called by “Brewers Association” stipulate the conditions of “Craft Brewery”. The conditions are “Being small-scale”, “Being independent” and “Making with traditional ingredients and manufacturing methods”.

Japanese craft beer also receives its trend, accordingly it emphasize its quality in small-scale production, the craft beer is often described as a beer made by craftsmen. The quality of beer was appreciated, and Japanese craft beer has also won numerous awards at beer’s world convention.

In Daisen, you can drink the award -winning beers!

Unusual festival where 91 nationwide famous craft beers get together.

“Local Beer Fest” is a great event for people who like beer in Tottori prefecture. This event already are held 8 times, and the reputation spread by word of mouth as the most funky event, and many people come to join this event from other prefectures.

Many people say that if it once goes at this addictive event, , will definitely come every year. So if you go to this event, you can make a friend who you can meet at this event every time!

This event hold for 2 days, but it’s not possibole to drink all beers because of so many type of craft beers! Reason for wanting to come every year might be this many types of beers.

You might forget that you are in Tottori prefecture of Japan, because many people from other countries come to this event! 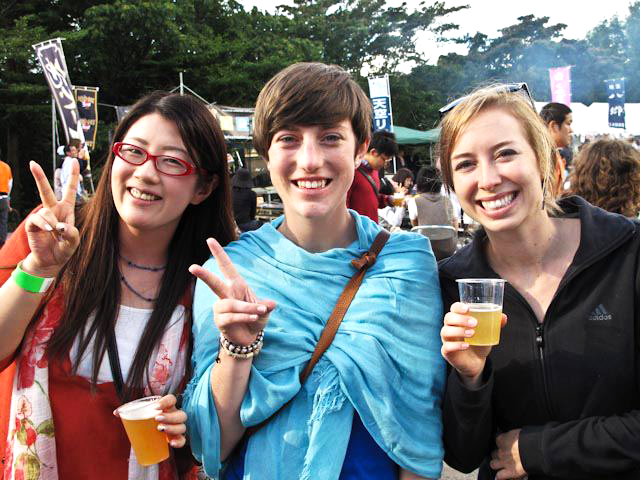 Many beer lovers gather at this event. The most characteristic of this event is that many foreigners gather.

Event Organizer are people with different nationalities who live Tottori prefecture, therefore their friends or acquaintances gather at this event. There are many foreigners at the festival ,and everybody enjoy to have communication with next foreigners. That atmosphere will be forgot that you are in Japan.

You can enjoy whole Tottori prefecture with locals’ favorite food! 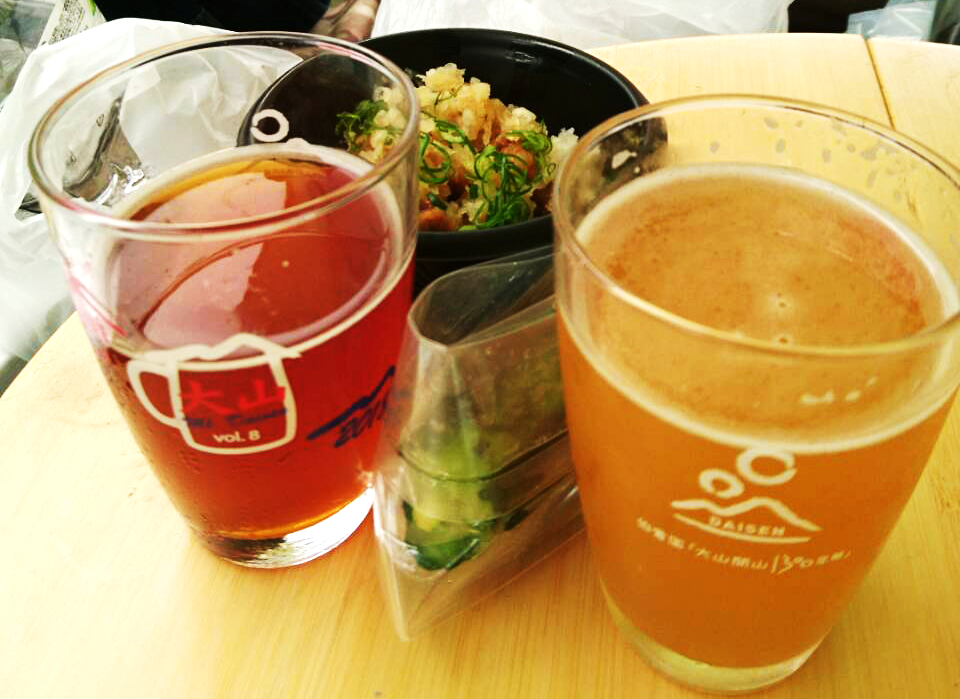 There is not only craft beer but also locals’ favorite food at this event. You might be able to taste Tottori new delicious food the first, because new gourmet which may become popular will appear here!

Also many local restaurants are opened at this event, when you want to eat the food you can visit the restaurant directly. This is one of enjoyment.

All foods are good for beer, besides there is also a rice dishes for people who can’t drink beer like people who have to drive and so on. This event provide with many option for variety of people.

In this event, some local artist live are also held. When the excitement come to the climax, so many people gather in front of the stage.

As most people are drunk, many people can’t stop dancing. Live stages are held all days, so you won’t get bored.

If you join to this event, let’s drink thoroughly! Using shuttle bus is much useful.

This event is beer festival. It is a waste not to be able to drink by caring about car driving! When you come to join this event, let’s use public transport from your house! While event, shuttle bus comes once 20 minutes. Less wait time, and just get on the bus to the venue!

The shuttle bus operate from morning to the end of event, you can enjoy the event with beer without worry! Last bus must be crowded, I recommend not using last bus.

You can also bask in the afterglow of the festival by souvenir stickers and coasters. 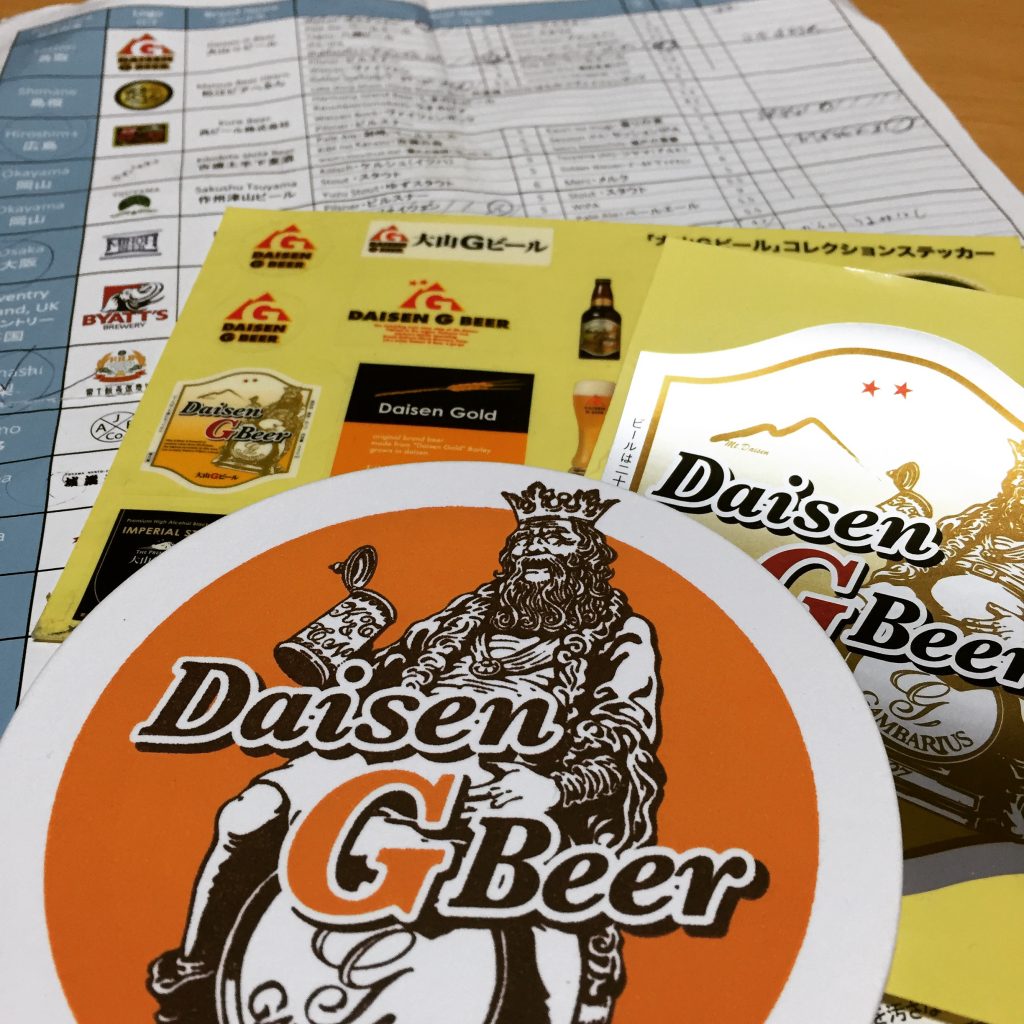 It is no exaggeration to say that Daisen is now the sacred place of craft beer!

I couldn’t join the event…Such people have to wait for a year? No, actually it is possible to drink craft beers at  “Bierhogf GAMBARIUS” which a brewery is installed. 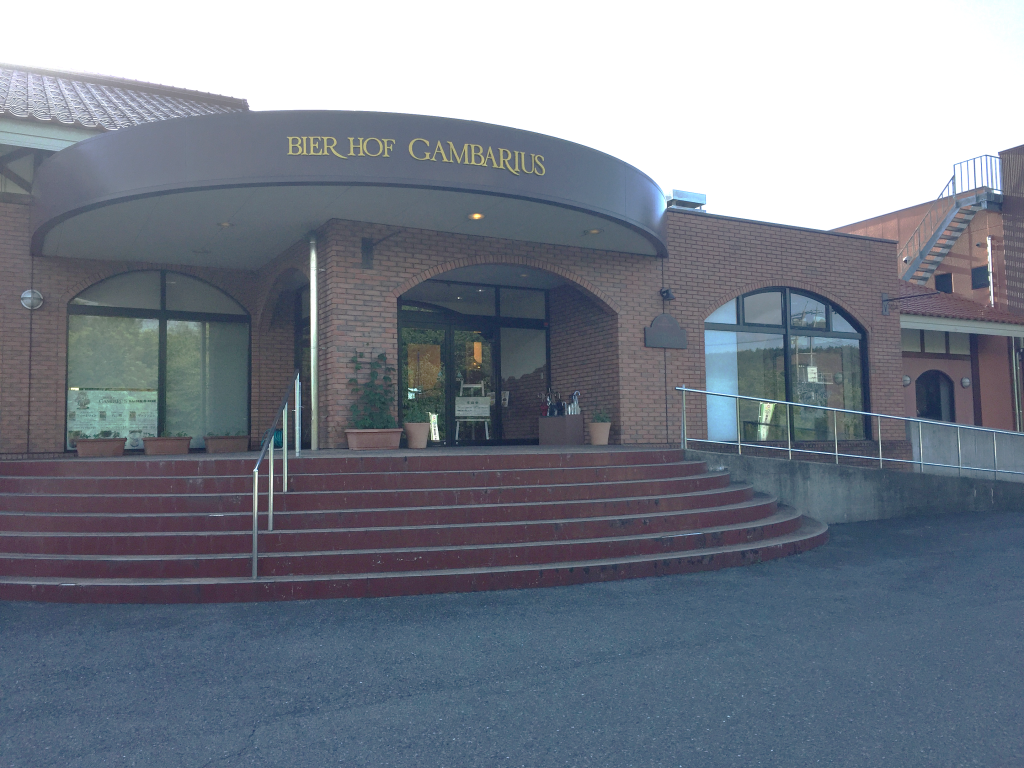 Recommended craft beer is “Daisen G beer” which is a pilsner. This beer is that bubble is creamy, and it is refreshing taste without habit. And, next recommended craft beer is a pale ale. The color is beautiful amber color, and there is bitterness and hops are working. Personally, I think that this is a beer of Japanese popular taste.

“Daiyama G beer” with 100% malt is made by Daisen’s underwater water, carefully selected malt, hop and yeast. It is very luxury to drink fresh beer on the spot! Let’s celebrate of Daisen open 1300 years, “Cheers!!”.